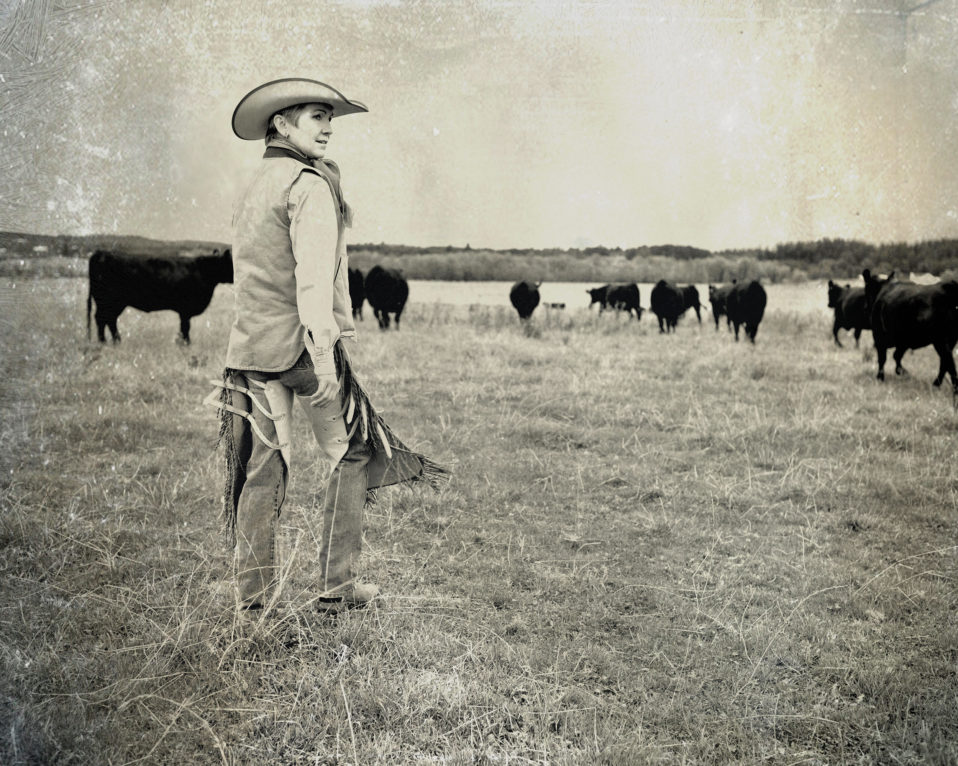 Joni Harms has earned multiple honors from such notable organizations as the Western Music Association and the Academy of Western Artists. She has also performed on some of the most famous stages, including the Grand Ole Opry and New York City’s Carnegie Hall.

Joni Harms’ musical journey continues around with globe with the release of her 13th studio album, Lucky 13, which is receiving amazing reviews. Country Music People Magazine says…”these are some of the very best country songs of recent years and prove that Joni Harms is one of country music’s most underrated writers.”

Harms lives on a ranch in Oregon with her family that was homesteaded by her great, great grandfather in 1872, and has been an inspiration for many of her songs. “I always want the songs I sing to be a good representation of who I am.”

Engine is currently located in the historic Pepperell Trust building at 163 Main Street, most recently a Bangor Savings bank. The building houses an events space, a small gallery, a co-make space, and studios.

Your ticket for the: Country Western Singer/Songwriter Joni Harms to perform at Engine