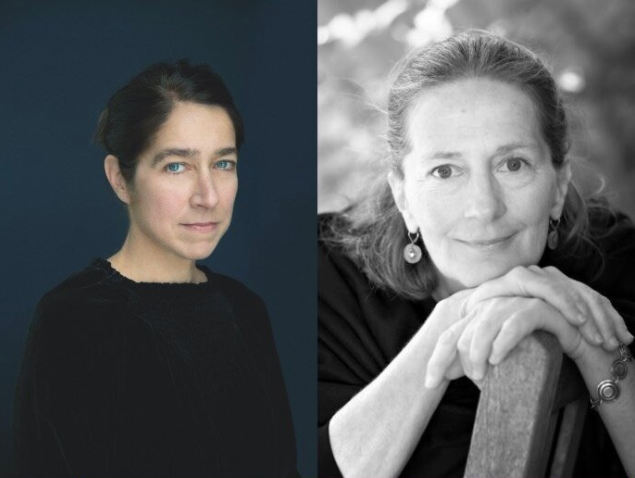 In collaboration with Godine publisher, authors Kerri Arsenault and Meredith Hall will be talking about their  books in a virtual conversation on September 18 starting at 7:30pm. The pair will be introduced by Engine’s Tammy Ackerman.

The two authors will discuss Arsenault’s Mill Town, a merging of memoir and journalism, and Hall’s new novel, Beneficence, and how they are in conversation with each other and with rural Maine.

REGISTER FOR THE ZOOM EVENT AT THE BOOK ONLINE LINK BELOW. 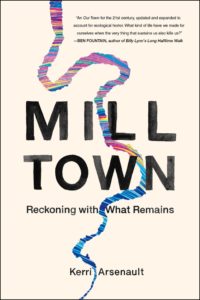 MILL TOWN (WHERE TO BUY)

Kerri Arsenault grew up in the rural town of Mexico, Maine, where for over 100 years the community orbited around a paper mill that provided jobs for most residents, including three generations of her family. Arsenault had a happy childhood, but years after moving away, she realized the price she paid for that childhood. The price they all paid. The mill, while providing livelihoods for nearly everyone, also contributed to the destruction of the environment and the decline of the town’s economic, physical, and emotional health in a slow-moving catastrophe, earning the area the nickname “Cancer Valley.”

Mill Town is an autoethnographic investigation, where Arsenault sifts through historical archives and scientific reports, talks to family and neighbors, and examines her childhood to illuminate the rise and collapse of the working-class, the hazards of loving and leaving home, and the ambiguous nature of toxics and disease. Mill Town is a moral wake-up call that asks, Whose lives are we willing to sacrifice for our own survival?

When an unimaginable tragedy turns the family of five into a family of four, everything the Senters held faith in is shattered. The family is consumed by a dark shadow of grief and guilt. Slowly, the surviving Senters must find their way to forgiveness—of themselves and of each other.

This radiant debut novel is a study of love—both its gifts and its obligations—that will stay with readers long after the last page. With a rare tenderness and compassion, Beneficence illuminates the heart’s enduring covenants and compromises.

Hall’s memoir, Without a Map was instantly recognized as a classic of the genre and became a New York Times bestseller. It was named Best Book of the Year by Kirkus and BookSense, as well as Elle’s “Readers’ Pick of the Year.” Ms. Hall was a recipient of the 2004 Gift of Freedom Award from A Room of Her Own Foundation. Her work has appeared in Five Points, The Gettysburg Review, The Kenyon Review, The Southern Review, The New York Times, and many other publications. Hall divides her time between Maine and California.

Your ticket for the: VIRTUAL: Kerri Arsenault and Meredith Hall in conversation